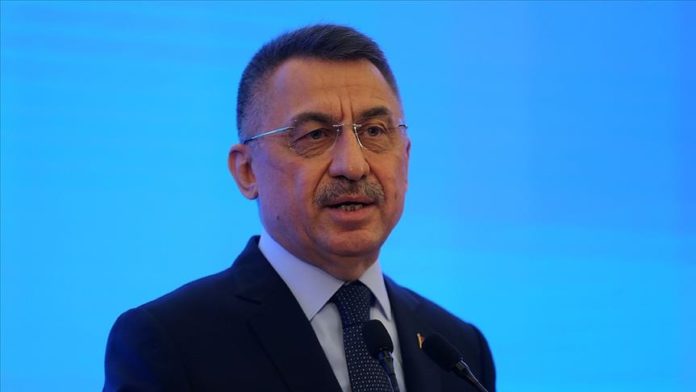 Turkey’s vice president urged the EU on Tuesday to open legal migration routes for Syrians as part of the fair burden and responsibility sharing principle.

Fuat Oktay also appealed for member states to activate the voluntary humanitarian admission mechanism with concrete commitments and to increase the settlement quotas for refugees.

His comments came as he attended a signing ceremony of the Ilbank and Local Governments Sub-Financing Agreement as part of the EU’s financial assistance program for refugees in Turkey at the ATO Congresium, an international convention and exhibition center in Ankara.

“We are sadly watching the attitudes towards immigrants in the Aegean and the Mediterranean and how humanity has failed to provide humanitarian support to them,” he noted.

Oktay accused the EU and UN of watching the human tragedy and not taking the necessary steps.

“The policy that allows all kinds of asylum seekers and refugees to enter Turkey, but never to leave, is neither sustainable nor humane,” he added.

Syria has been ravaged by a civil war since early 2011 when the regime of Bashar al-Assad cracked down on pro-democracy protesters.