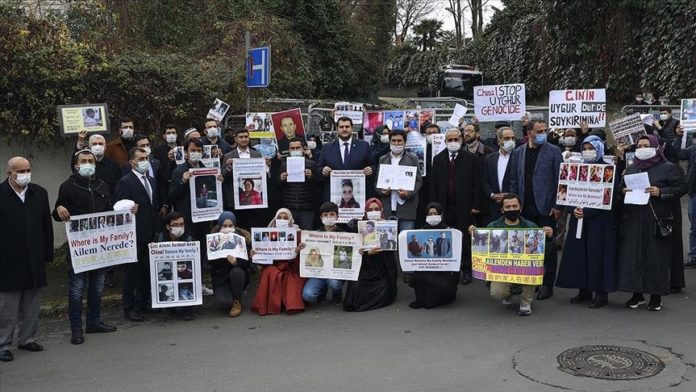 Uighur Turks living in Istanbul continue to stage a protest outside the Chinese consulate demanding to know the condition of their family members held at concentration and forced labor camps in China.

Marking its 13th day, the group of protesters including academics, business persons and civil servants said they had not heard from their family members in China for many years.

The protesters held banners in four different languages to draw attention to the plight of their family members.

So far, none of the Chinese consulate staff has spoken to them, a protester said.

Omer Faruk Yazici, a politician from Turkey’s Felicity (Saadet) Party, who attended the protest said: “Today not just an individual’s history is being stolen and erased, but that of an entire nation.

He condemned the inhumane policies of the Chinese government.

“What is even more upsetting is the entire world remaining silent in the face of these atrocities” Yazici added.