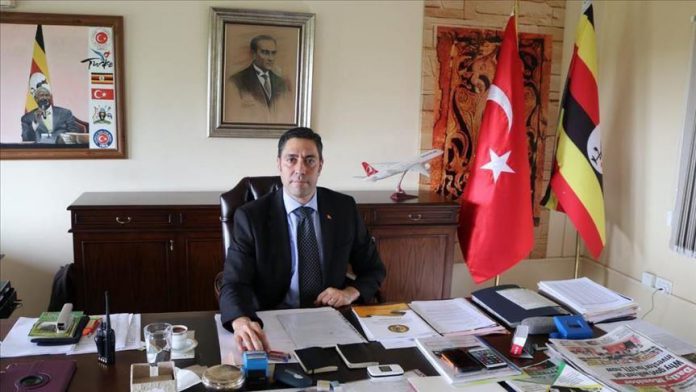 As Turkey and Uganda celebrate the 50th anniversary of the establishment of diplomatic ties, relations between the two countries are at their best, Turkey’s ambassador to Uganda said Tuesday.

“As we celebrate the 50th anniversary of the establishment of our diplomatic relations, we have focused on a number of priorities such as enhancing trade, investment, education and humanitarian assistance and military and defense cooperation as well as parliamentary diplomacy,” Kerem Alp told Anadolu Agency by phone from the capital, Kampala.

”As I speak to you now, the speaker of the parliament of Uganda and the prime minister