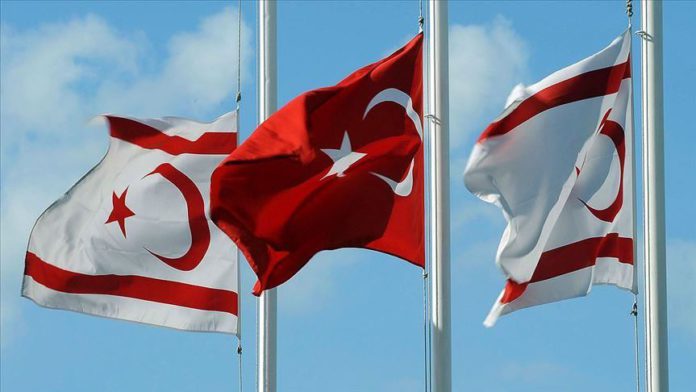 The prime minister of the Turkish Republic of Northern Cyprus (TRNC) said Friday that Turkey and his country will not condone the usurpation of their rights in the eastern Mediterranean.

Ersin Tatar said the Maritime Delimitation Agreement between Greece and Egypt on an exclusive economic zone (EEZ) in the Eastern Mediterranean, which was signed solely to eliminate a maritime deal between Libya and Turkey and is a new example of the two countries not abiding by laws.

Underlining that a strong Turkey has the capacity to spoil all games in the Eastern Mediterranean, he said: “Declaring as null and void so-called Maritime Delimitation Agreement signed between Greece and Egypt with Foreign Minister Mevlut Cavusoglu’s statements was quite right and correct. We hope that the two countries get the necessary message and do not attempt to seize the rights of Turkey.”

Highlighting the region needs cooperation and peace instead of tension and conflict, he said,” What is required for this is to respect the rights and to avoid the games of some actors from outside the region.”

Egypt announced Thursday it signed a bilateral agreement with Greece on the “delimitation of maritime jurisdictions” between the two countries.

Dendias said the agreement was “legitimate” and “reflects the dimensions of cooperation between the two countries in combating threats in the region.”