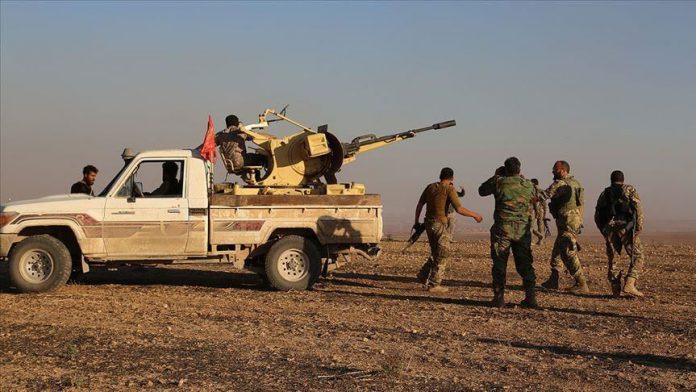 The personnel in Tal Abyad city, who serve under the umbrella of the Syrian National Army (SNA), stay alert against possible terror attacks and crimes.

The SNA opposes the Syrian regime and is an ally of Turkey against YPG/PKK terror group in the region.

The ground force is guarding the entry and exit points of the city.

Locals say they feel safe in their hands.

Turkey to back Azerbaijan for agricultural development

Turkish president due in Kuwait, Qatar on Wednesday