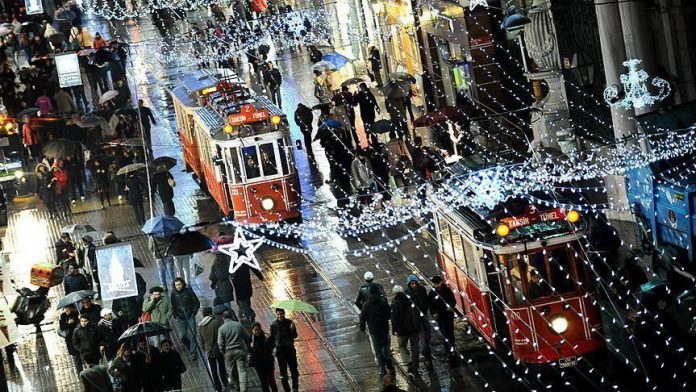 Significant annual rises in the turnover indices in the industry, trade, and service sectors offset a fall in the construction sector, according to TurkStat data.

The total turnover index in trade enjoyed the highest rise, up 27% during the same period.

TurkStat said the turnover indices in services and industry climbed 20.8% and 20.1%, respectively.

The index value in construction fell 17.9% in January from the same month last year.