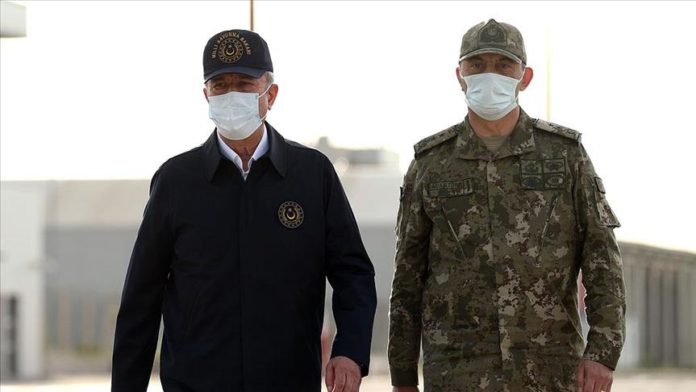 Akar reached the area of Operation Pence-Simsek for inspections, the National Defense Ministry said in a statement. He was accompanied by Chief of General Staff Gen. Yasar Guler and Land Forces Commander Gen. Umit Dundar.