TurkishPress
Home National Turkey to use agricultural potential to fullest 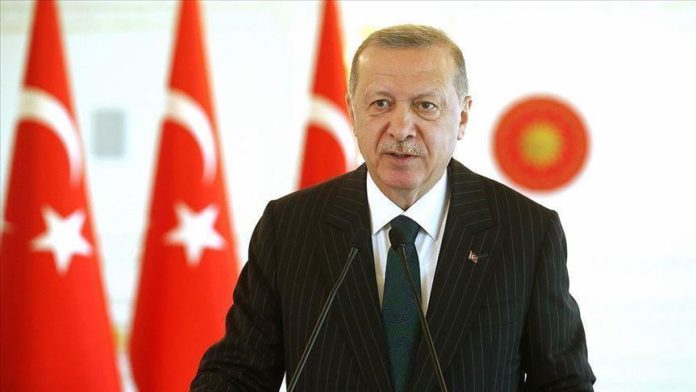 Turkey will use its agricultural potential to the fullest as it saw the benefits of self-sufficiency during the pandemic, according to the country’s president on Friday.

“The first three sections of Konya Plain Irrigations which we opened today is only one part of many other works,” Recep Tayyip Erdogan said via video-conference during the project’s commissioning ceremony.

“We are determined to utilize the agricultural potential of our country to the fullest,” Erdogan said, adding once the project is completed 1.1 million hectares of land will be irrigated in central Konya province.

Attending the ceremony via video link from Istanbul due to the coronavirus outbreak, he noted that the Konya Plain has been an important agricultural center since early human civilization.

Erdogan said since the region lacks rich water resources, it was meeting its needs mostly from rains.

He said the core of the project lies on water brought from the Mediterranean Sea over the Mt. Taurus, adding that two dams in the region will start holding the water by the end of the year to be used in the plain.

Erdogan said the project will also provide drinking water to the cities in the area.

“While shelves remained empty in many countries and basic needs could not be met, we did not encounter any problems in our country,” Erdogan said, adding Turkey felt the benefit of being self-sufficient in production of agriculture and food.

“Because Turkey, besides meeting its own needs, has the production capacity,” the president noted.

January 3, 2020
We use cookies to ensure that we give you the best experience on our website. If you continue to use this site we will assume that you are happy with it.Ok