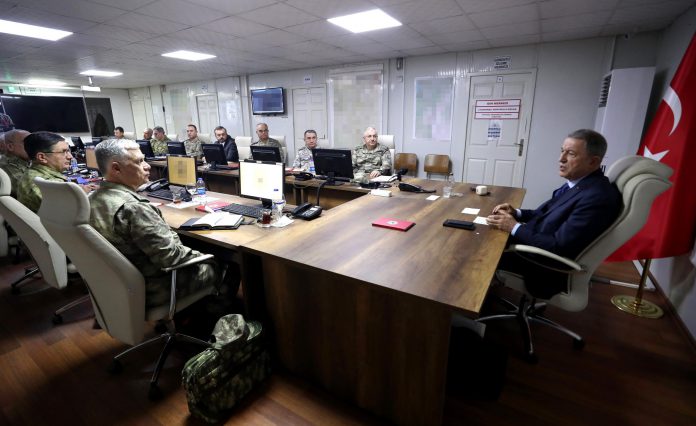 Turkey will definitely stay at its observation posts monitoring a cease-fire in northwestern Syria, and its soldiers there have orders to respond to any acts of hostility, said Turkey’s defense chief on Sunday.

“In no way will we evacuate 12 observation points heroically carrying out their mission of ensuring the cease-fire; we are not going to leave,” Defense Minister Hulusi Akar told army commanders in Hatay, a southern Turkish province bordering Syria.

His remarks came in the wake of attacks by the Assad regime, Russian, and Iranian-backed forces which have sent some 47,000 people fleeing Idlib,