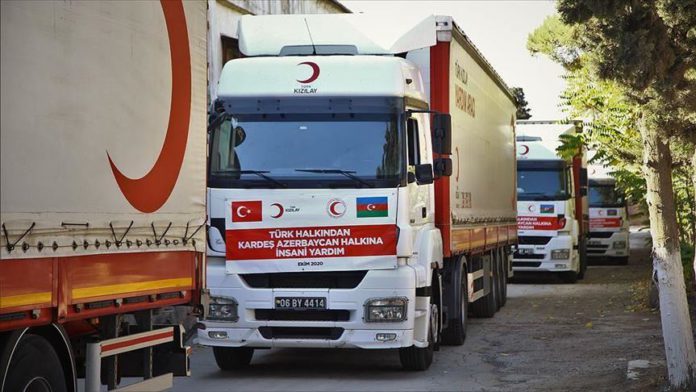 Amid the continuing fighting in Karabakh, a new batch of humanitarian aid for Azerbaijan will leave from Istanbul on Thursday, the Turkish Red Crescent said on Wednesday.

He informed that the organization is working in 140 countries, and thanked those who responded to donation calls.

New clashes erupted on Sept. 27, and since then Armenia has repeatedly attacked Azerbaijani civilians and forces, even violating three humanitarian cease-fires since Oct. 10.

Multiple UN resolutions demand the withdrawal of the occupying forces.

While world powers have called for a lasting cease-fire, Turkey has supported Baku’s right to self-defense.

Turkey brings back over 300 citizens from Canada