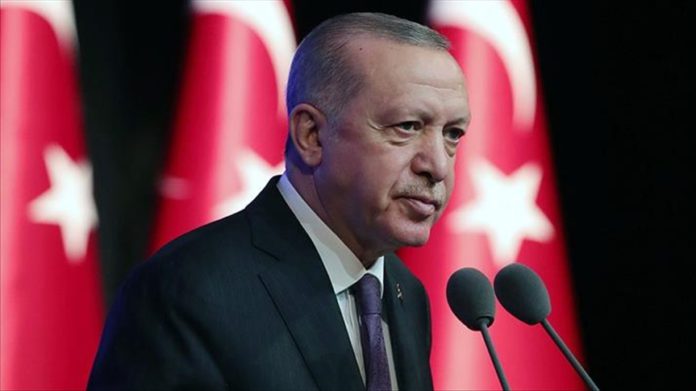 The plan is to be a main policy document for Turkey as the country prepares to mark its 100th anniversary. The document is expected to emphasize property rights, vested rights, individual criminal responsibility, and presumption of innocence, while also enhancing transparency, accountability, and judicial independence, and objectivity.

President Recep Tayyip Erdogan is expected to attend the event in capital Ankara, along with political party leaders, the country’s parliament speaker, Cabinet ministers, ambassadors, and representatives of the UN, EU, European Council, and European Court of Human Rights (ECHR).

The plan’s final goal is reportedly to facilitate drafting a new constitution for the country and is set to serve as a milestone for efforts being made for this purpose.

It aims to expand rights and freedoms, and introduce protections for individuals on property and contract rights.

Legal predictability and transparency, freedom of speech, organization, and religion also make up a significant part of the plan.

It involves important steps for the protection of vulnerable groups and strengthening social welfare.

The principles of the action plan emphasize the protection and development of inalienable rights and human dignity. Universal equality before the law, regardless of language, race, color, gender, political stance, philosophical belief, religion, or sect, as well as equal access to public services are also underlined in the plan.

It further aims to ensure easy access to effective legal remedies for those claiming that their rights were violated.

In its one-and-a-half years of preparation of the Human Rights Action Plan, the Justice Ministry included all segments of society in its efforts.

The lawyers, academics, and bureaucrats who took part in the action plan’s preparation worked for approximately 2,380 hours.

During this process, the findings from the previous 2014-2019 Action Plan were analyzed, along with verdicts of the European Court of Human Rights, Turkey’s Constitutional Court and other high courts, the reports and recommendations of relevant committees of the Council of Europe and UN, country reports of the EU, OSCE documents and Human Rights Action Plans that other countries have submitted to the UN.