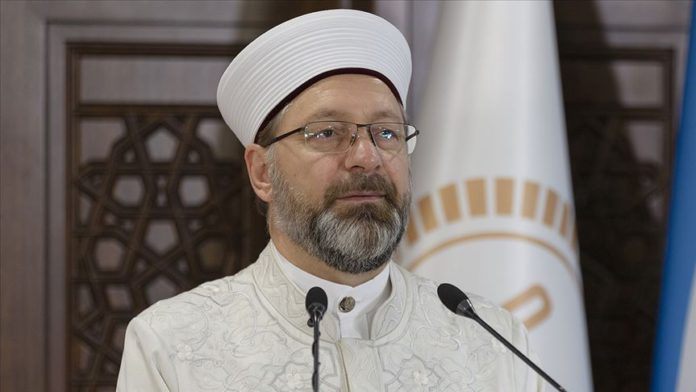 Turkey on Thursday announced that mass prayers in mosques will resume as of May 29 as the country began easing measures against the novel coronavirus which has claimed the lives of over 4,400 people nationwide.

Ali Erbas, the head of Turkey’s Religious Affairs Directorate (Diyanet), told Anadolu Agency that he will lead the first Friday prayer at the courtyard of Istanbul’s historic Fatih Mosque.

Erbas said that mosques with adequate courtyard or open areas were singled-out with the cooperation of the governorships.

“Open areas, marketplaces close to mosques without a courtyard will be used [for prayers],” Erbas said.

Erbas stressed that people coming to mosques have been asked to bring their personal prayer rugs with them and wear masks.

He added that single-use prayer rugs will be offered for use.

On March 16, the country’s top religious body announced a nationwide suspension of congregational prayer gatherings, including Friday prayers, in the wake of the outbreak.

January 11, 2020
We use cookies to ensure that we give you the best experience on our website. If you continue to use this site we will assume that you are happy with it.Ok