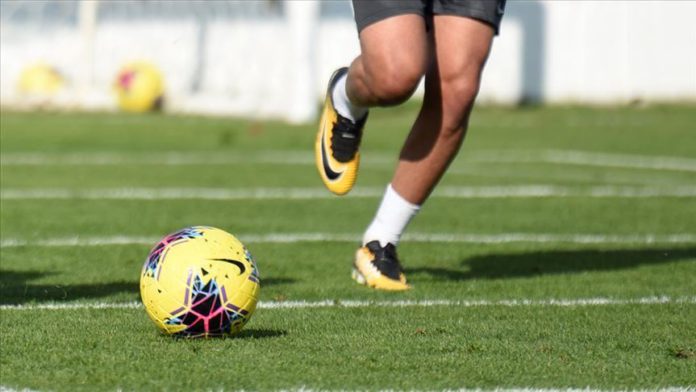 The football leagues in Turkey will resume in 2020 summer, the country’s football body said on Wednesday.

“For now, we decided to start Turkish football leagues, which were previously suspended [due to coronavirus], such as the Super Lig, first, second, third divisions and amateur leagues in the week of June 12, 13 and 14,” the Turkish Football Federation (TFF) President Nihat Ozdemir said in a video conference.

He stated that the federation has now different scenarios to handle the coronavirus process so that the football’s actors will not be harmed.

Ozdemir said that they will apply to the Turkish Health Ministry so that the new schedule for the games to be implemented and the ministry will refer the issue to the Coronavirus Scientific Advisory Board.

“Following the joint works of the Health Ministry and scientific board, they will decide how the games will be played.”

He recalled that Turkish leagues were held behind closed doors after the first coronavirus case was seen on March 11 and the federation suspended the local competitions after the fatalities.

Ozdemir said that Turkey aims to complete the 2019-2020 football season with the support of all public offices.

He added hopefully that the football leagues will be completed by the end of July, the championship cups to be handed in on the pitch, and Turkey will host 2020 UEFA Champions League final in August.

Champions League final was initially scheduled for May 2020 but all UEFA competitions, top-tier Champions League, and second-level Europa League are still on hold.

Istanbul’s Ataturk Olympic Stadium was named the venue of 2020 final.

It will host its second Champions League final after one in 2005 between Italian club AC Milan and England’s Liverpool.

Sporting events across Turkey were suspended on March 19 to stem the spread of coronavirus, which has infected more than 129,000 people in the country so far.

Turkey, to date, has registered 3,520 virus-linked deaths while more than 73,200 people have recovered.

Earlier this week, President Recep Tayyip Erdogan outlined the country’s normalization schedule, saying that it would go ahead “stage by stage.”

US top diplomat heading to Ukraine amid Russia tensions