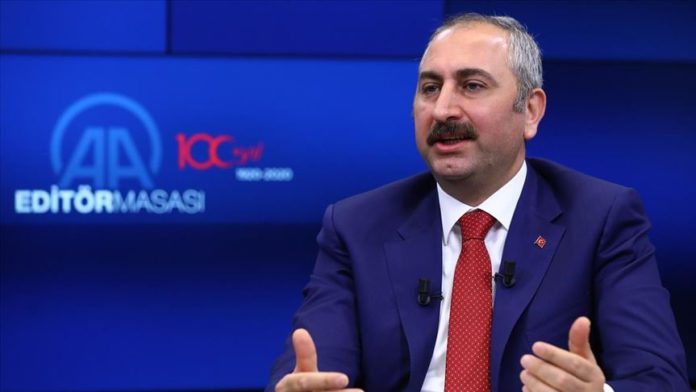 Turkey’s justice minister on Monday announced that all legal proceedings and trials in the country would continue as of June 16 after having been halted due to the novel coronavirus outbreak.

Stressing that the reputation of the judiciary improved as advocacy strengthened, Gul said: “We want a structure that strengthens advocacy in all areas of law.”

As of Sunday, Turkey confirmed over 178,200 coronavirus cases, while recoveries surpassed 151,000. The virus has killed over 4,800 people in the country.

The pandemic has killed over 433,600 people worldwide, with more than 7.92 million confirmed cases. The recoveries have also surpassed 3.77 million, according to figures compiled by US-based Johns Hopkins University.

Gul also commented on recent discussions about the possible reopening of the Hagia Sophia museum as a mosque, saying: “It is the only mosque to enter with a turnstile and it is a legal responsibility to remove that shame.”

“The issues surrounding the Hagia Sophia are a matter of sovereignty under the Republic of Turkey,” he added.

President Recep Tayyip Erdogan has underscored the Ottomans converted the building into a mosque instead of razing it, a fate suffered by many mosques taken from Ottomans.