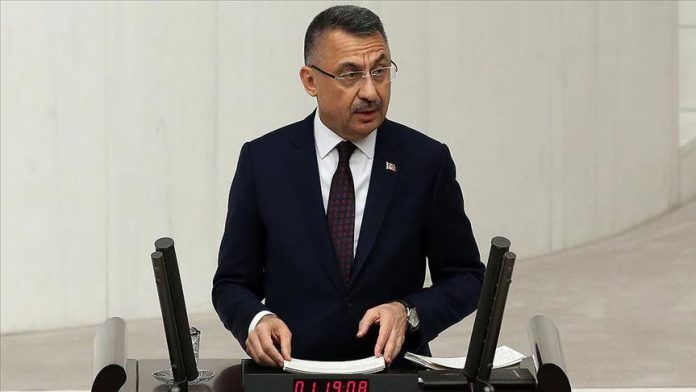 Turkey is determined to continue its fight against terrorism in the region, the country’s vice president said Monday.

“Our fight is to eliminate the terror threat, which has caused trouble to us for many years, at its source, and it will resolutely continue,” Fuat Oktay told lawmakers during his budget speech.

Oktay noted that the YPG/PKK did not represent the Kurds.

The terror group “is as dangerous as Daesh,” he said.

Otkay said Turkey will provide peace and security on the eastern side of the Euphrates River in Syria.

“We will do it for our brothers of all origins