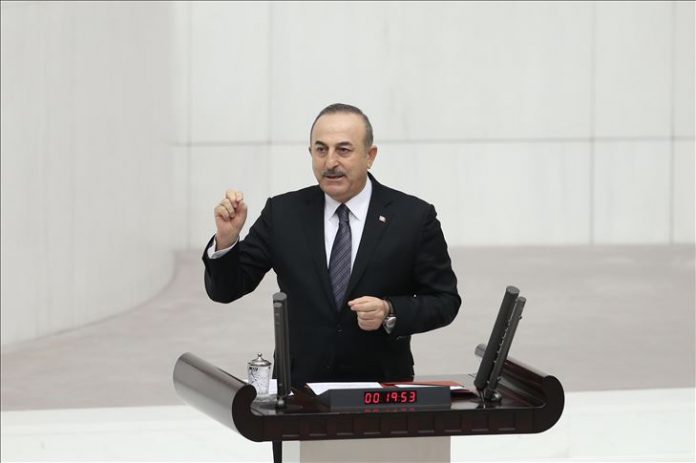 Turkey’s foreign minister stressed on Sunday that a recent maritime deal between Turkey and the Libyan UN-recognized Government of National Accord (GNA) would help protect both countries’ rights against attempts to “eliminate” them from the Eastern Mediterranean.

Speaking at the Turkish parliament during negotiations on the country’s 2020 central government budget, Mevlut Cavusoglu said: “Many countries tried to eliminate Turkey, just as they did for Cyprus [Turkish Republic of Northern Cyprus].”

Referring to energy agreements signed by Greece and the Greek Cypriot administration as well as with other countries including Egypt and Israel, Cavusoglu said the Turkey-Libya deal was