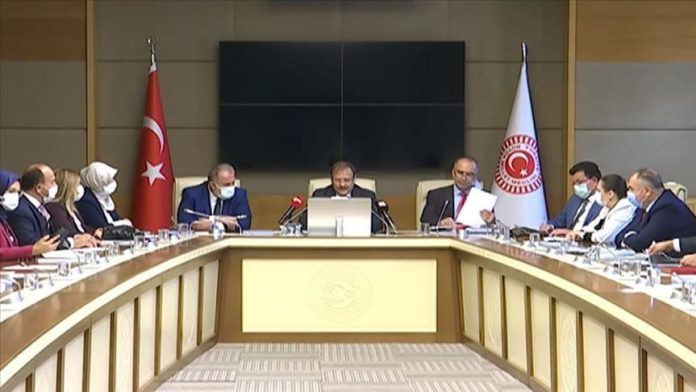 “As committee, our mission is not to look on the war crimes committed, and is also to call world opinions’ attention to the civilian casualties,” Hakan Cavusoglu, head of the Turkish parliament’s committee on human rights, told members.

The subcommittee under the human rights committee will also investigate the situation of Turkish citizens of Armenian descent.

Cavusoglu said that the rights of citizens of Armenian descent are under the protection of state law.

“Turkey will never accept building any relationship between our [Armenian] citizens including the thousands of Armenians who illegally work in our country and the clashes [between the two countries],” he said.

Armenian forces launched a missile strike on Azerbaijan’s second-largest city, Ganja, at around 2 a.m. local time Sunday (2200GMT Saturday) — despite the region being outside the frontline zone — violating a cease-fire between the two sides and leaving at least 35 civilians wounded, including women and children.

The humanitarian truce had been declared Saturday for exchanging prisoners and retrieval of bodies of either sides’ soldiers in Upper Karabakh, also known as Nagorno-Karabakh, an internationally recognized territory of Azerbaijan.

The cease-fire came after a trilateral meeting was held Friday in Moscow between Russian, Azerbaijan and Armenia foreign ministers.

Many world powers, including Russia, France and the US, have called for a new cease-fire. Turkey, meanwhile, has supported Baku’s right to self-defense and demanded the withdrawal of Armenia’s occupying forces.