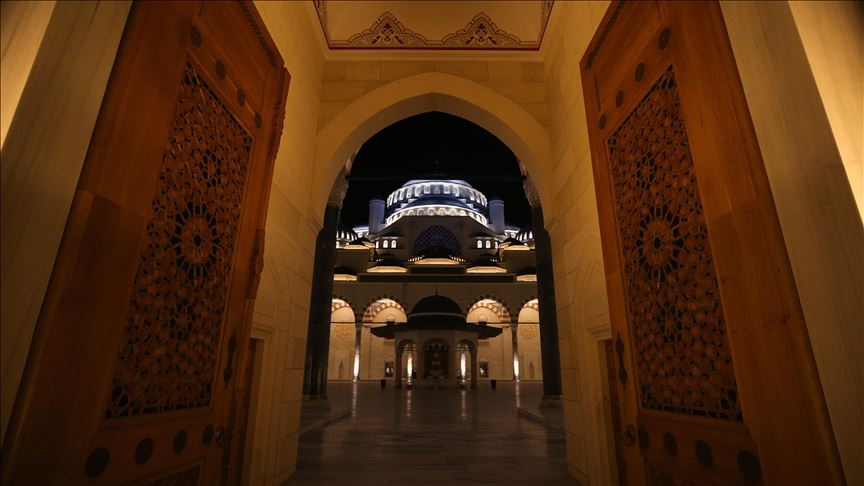 2 out of 5 daily prayers, also Friday prayers to be allowed in mosques, prayer rooms in country’s 81 provinces

Congregational prayer gatherings in Turkey will be partially allowed starting May 29, the country’s Interior Ministry said in a statement on Friday.

Two out of five daily prayers, as well as Friday prayers will be allowed in mosques and prayer rooms in 81 provinces of Turkey only by wearing medical masks and keeping the social distance.

At other times, the mosques will be kept open for those who want to perform individual prayers.

The Friday prayers will not be allowed inside the mosque, said the statement, adding that these prayers could be performed in mosques with available courtyards and open areas determined by the local mufti’s offices via the governorships, and the list of mosques and open areas will be announced by latest May 26 via different channels.

The prayers will be kept short and no preaching will be allowed, while imams will need to strictly follow the khutbah, or sermons, recited prior to the collective prayer.

Necessary warnings and information will also be provided to citizens who are restricted to walk outside their homes or those with symptoms of the disease.

The materials considered to raise the risk of the virus’ spread — such as prayer beads, reading desks and shoehorns — will not be allowed in mosques.

To keep the common space to a minimum, places such as ablution rooms and toilets will remain closed.

More attention will be paid than ever to the daily cleaning of the mosques and prayer rooms.

The interior spaces of the tombs in the mosque campuses will also remain closed to visitors, while approaching the exterior surfaces of the tombs closer than one meter (around 3.3 feet) distance will not be allowed.

On March 16, the country’s top faith body announced a nationwide suspension of congregational prayer gatherings, including Friday prayers, in the wake of the outbreak.