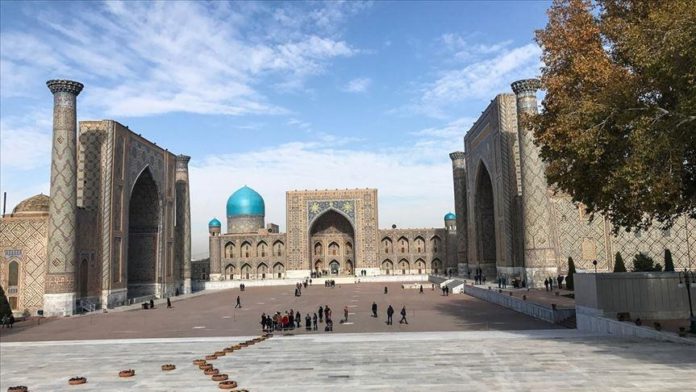 Turkey will soon be the first country to open a consulate-general in Samarkand, Uzbekistan, a Turkish diplomat said on Thursday.

Turkey’s newly appointed ambassador to Uzbekistan, Olgan Bekar, told Anadolu Agency that Ankara had been the first country to open an embassy in the capital Tashkent, as well as to recognize Uzbekistan after gaining independence in 1991 with the dissolution of the Soviet Union.

Bekar said the consulate-general in Samarkand would open on March 7 with Turkish Foreign Minister Mevlut Cavusoglu and his Uzbek counterpart Abdulaziz Kamilov attending the ceremony, adding that both countries’ presidents had announced the decision for the move in February 2020.

Underlining that political, economic, commercial, cultural, human and other relations between the two countries were as intense as ever, Bekar said the two countries have been developing their cooperation in all areas from trade to culture and energy to tourism.

Currently one of Uzbekistan’s largest trade partners, Turkey is also one of the top sources of investment in Uzbekistan, according to Bekar.

He said that after an all-time record in the trade volume of $2.54 billion in 2019, this figure had reached $2.1 billion in 2020 despite the novel coronavirus pandemic.