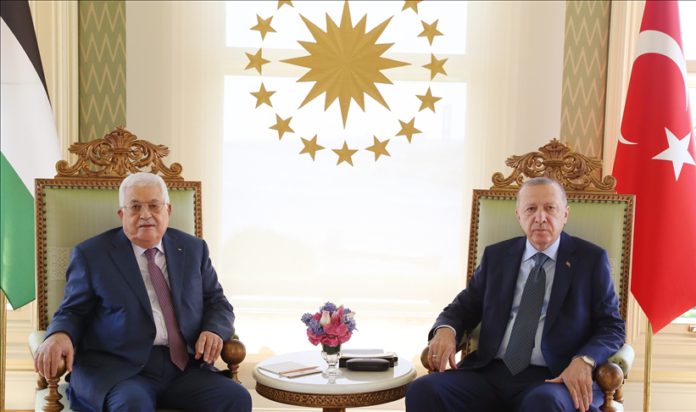 It will not be possible to establish lasting peace and stability in the region as long as Israel’s policies continue, the Turkish president said Saturday, noting that Turkey did not and will not remain silent against the Israeli oppression against the Palestinians.

Peace and stability in the region will not be possible as long as the Israeli occupation continues, Erdogan stressed, saying Turkey did not and will not remain silent about Israel’s atrocities in Palestine.

He also voiced contentment over the positive course of bilateral relations with Palestine.

Erdogan and Abbas had a one-on-one meeting that lasted for an hour and 15 minutes, followed by another meeting also attended by delegations for over an hour.

*Writing by Burak Bir and Dilan Pamuk in Ankara.