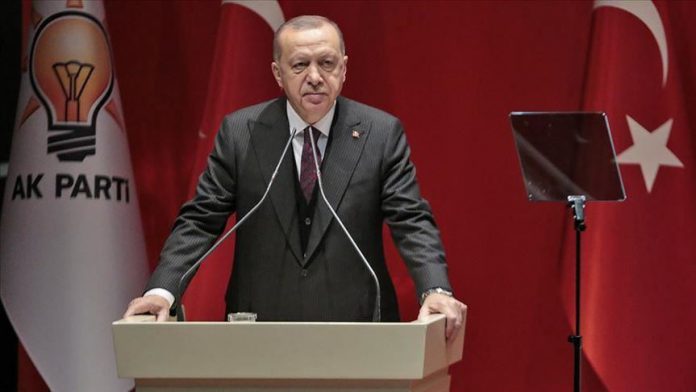 “This plan aims annexation of the occupied Palestine territories,” Recep Tayyip Erdogan said during a meeting of provincial heads of his ruling Justice and Development (AK) Party in the capital Ankara.

Stressing that Jerusalem is a “red line” for Turkey, Erdogan said Jerusalem is the key to world peace as it has been for thousands of years.

On Tuesday, U.S. President Donald Trump released his plan to end the Israeli-Palestinian dispute at the White House alongside Netanyahu, with no Palestinian officials present.