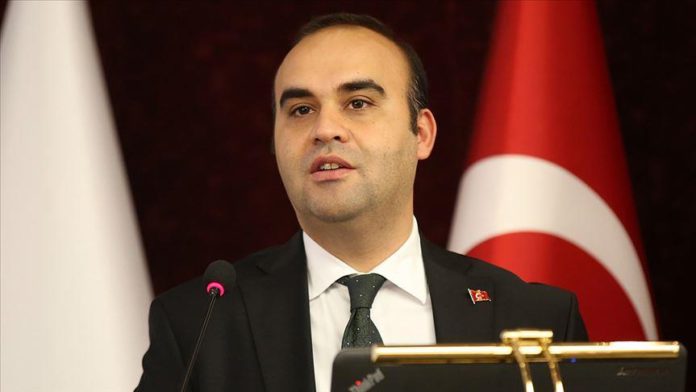 Turkey is set to launch crucial projects related to space and health technological sectors in 2021.

Speaking to Anadolu Agency, Mehmet Faith Kacir, deputy minister for industry and technology, said Turkey’s response to the pandemic has shown that the country can pursue important health sector projects.

He recalled that the country produced medical devices and medicines during the period to combat the pandemic.

While several countries faced a shortage of medical equipment and devices in the early stage of the pandemic, Turkey achieved milestones by producing a medical ventilator, critical in treating the COVID19, and other medical equipment.

Turkey also exported or donated this equipment to dozens of countries, including the US and EU countries, to combat the pandemic.

“So, there is a leap period both in medical device and medicine areas for Turkey, especially in biotechnology,” said Kacir.

“Within ten years, over half of the vehicles will be electric cars. In the coming time, cars will be connected to other cars, roads, and even to our bodies via bio-sensors,” Kacir added.

There are six different levels, from zero to five, in autonomous technology. While zero level offers only simple warnings, level four does not need a driver, and level five does not require any human intervention.

But these types of vehicles can be driven in particular situations.

He said Turkey has very successful startups and leading projects, such as Automobile Joint Venture Group (TOGG), in the autonomous technology field.

Established in 2018, TOGG came up with the cooperation of five industrial giants, the Anadolu Group, BMC, Kok Group, Turkcell, and Zorlu Holding, and an umbrella organization, the Union of Chambers and Commodity Exchanges of Turkey.

In December 2019, the firm introduced the first electric vehicle prototype, which is expected to roll out in 2022 for the market.

“We believe that Turkey will be successful in this area. We will share our mobility strategy soon,” he noted.

Kacir said that Turkey is also focusing on rolling out an electric-powered train. He said the project is in the testing phase and it will go into the production phase soon.

“We see serious economic potential in the railway field. We will achieve success,” he underlined.

Recalling Turkey’s first unicorn – a startup company with a value of over $1 billion – Peak Games — sold to a US game company Zynga for $1.8 billion last year — Kacir highlighted that the country would continue pursuing its success in this field.