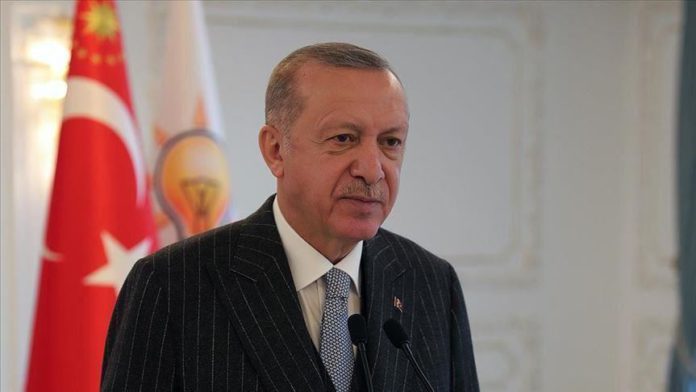 The curfews will be effective on weekends, but movement will be allowed between 10 a.m. to 8 p.m. so as not to disrupt supply and production chains, Erdogan told a news conference in the capital Ankara following a Cabinet meeting at the presidential complex.

A partial curfew that was already in effect for people over the age of 65 has also been expanded to include those under 20, with the exception of those who have to go out for work. They can step outside their homes from 10 a.m. to 4 p.m. throughout the week.

Cinemas will remain closed until the end of the year.

Malls, markets, restaurants and hairdressers will be open from 10 a.m. to 8 p.m. throughout the week, with restaurants only providing delivery service.

Education will continue online until the end of the year, Erdogan said, adding all sports competitions will continue to be played without an audience.

If the upward trend in the pandemic continues, measures will inevitably return to the agenda “that have had painful consequences for all of us,” he stressed.

Speaking on the smoking ban on crowded streets and other public areas in Turkey, he said it will continue.

In the past week, Turkey has expanded smoking restrictions across the country, namely on crowded streets and in other public areas due to the coronavirus.

In public and private sector workplaces, sensitivity will be shown in the order for flexible working hours and the implementation of working hours in a way that does not create tensions, he said.

Touching on the importance of new assignments made at the Central Bank and the Strategy and Budget Presidency, Erdogan said these changes took place at a time when Turkey was preparing for fundamental reforms in law and economy in line with global political and economic changes.

He went on to say that the Human Rights Action Plan is one of the most important of these preparations.

In the coming days, the draft of the Human Rights Action Plan will be finalized by working with all of the country’s economic stakeholders.

Turkey dismissed Murat Uysal as central bank governor early this month and replaced him with former finance minister Naci Agbal, who had been serving as the head of the Strategy and Budget Presidency.

Ibrahim Senel, deputy head of the Strategy and Budget Presidency, was appointed as the new head of the agency

As of Tuesday, Turkey registered a total of 11,704 deaths due to the coronavirus, while 359,063 people have recovered from the disease. Currently, there are 421,413 confirmed cases in the country.

The virus has claimed nearly 1.33 million lives in 191 countries and regions since first being detected in Wuhan, China last December, according to US-based Johns Hopkins University.

Over 55.5 million people have been infected with the virus and more than 35.7 million have recovered from the disease.