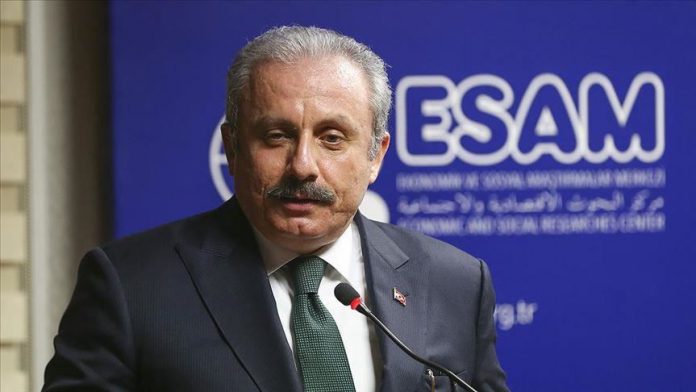 Turkey has always protected the rights of Azerbaijan in every platform and it will continue to do so, Turkey’s parliament speaker said on Thursday.

“Armenia should give up its aggressive and expansionist attitude, and accept Upper Karabakh as an eternal Turkish territory,” Mustafa Sentop said in an opening ceremony of an exhibition on the 1992 Khojaly massacre.

Sentop called on the international community to have the same attitude with Turkey against the Upper Karabakh issue.

“Armenia should retreat from the territories in Caucasus where it has occupied,” he said.