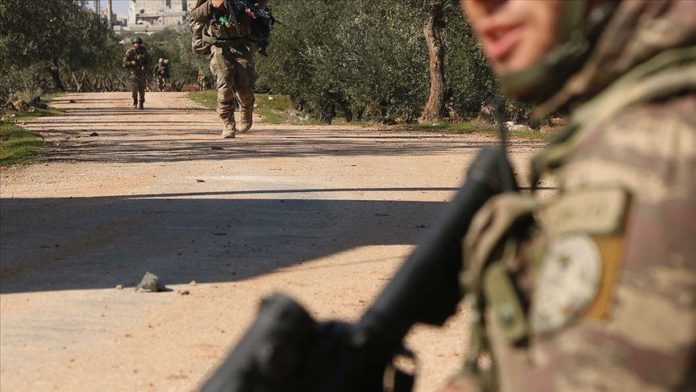 Turkey will continue the fight to eliminate terrorism, the nation’s director of communications said early Sunday.

“We will continue our just struggle to eradicate terror at its source, without making any concessions. With mercy and gratitude to all our martyrs,” Fahrettin Altun said on Twitter, referencing martyrs and veterans of the 2020 Operation Spring Shield that was conducted to remove terror elements on Turkey’s border with Syria.

Turkey announced the launch of Operation Spring Shield on March 1 in the wake of a Syrian regime attack on Turkish troops who were observing a cease-fire in Idlib on Feb. 27 which martyred 33, according to the nation’s defense chief.

The Turkish Defense Ministry said March 4 that during the operation, 3,136 regime elements were neutralized in the Idlib region.

Turkish authorities often use “neutralized” to imply elements in question surrendered, were killed or captured.

Over 414,000 Syrians return home thanks to Turkey