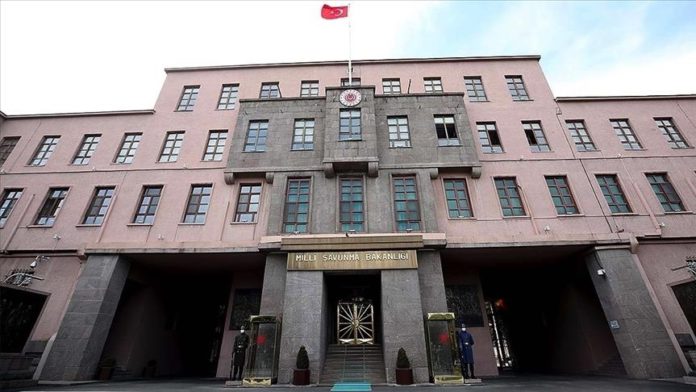 The Turkish Armed Forces are determined to sustain their struggle against those that target the security and survival of the nation, Turkey’s National Defense Ministry said early Wednesday.

The ministry said in a statement that all its institutions carry out their missions within the country and abroad with heroism and dedication thanks to the love, trust and prayers of the noble nation against all sorts of threats and dangers, chiefly terrorist organizations such as the Fetullah Terrorist Organization (FETO), YPG/PKK and Daesh/ISIS.

FETO and its US-based leader Fetullah Gulen orchestrated the defeated coup in Turkey of July 15, 2016, which left 251 people martyred and nearly 2,200 injured.

In its more than 30-year terror campaign against Turkey, the PKK — listed as a terrorist organization by Turkey, the US and the EU — has been responsible for the deaths of nearly 40,000 people, including women, children and infants. The YPG is the PKK’s Syrian offshoot.