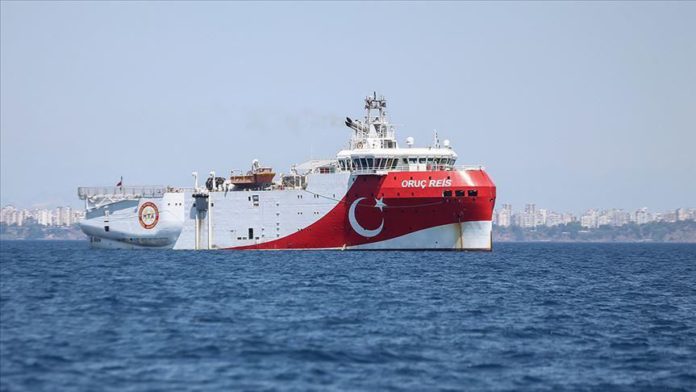 Turkey issued a new navigational telex or Navtex late Sunday for the area where its Oruc Reis seismic vessel will conduct research activities until Oct. 22.

According to the announcement, the vessel’s mission will last from Oct. 12 to Oct. 22.

The research ship is capable of conducting all kinds of geological, geophysical, hydrographic and oceanographic surveys, especially of the continental shelf and natural resource searches.