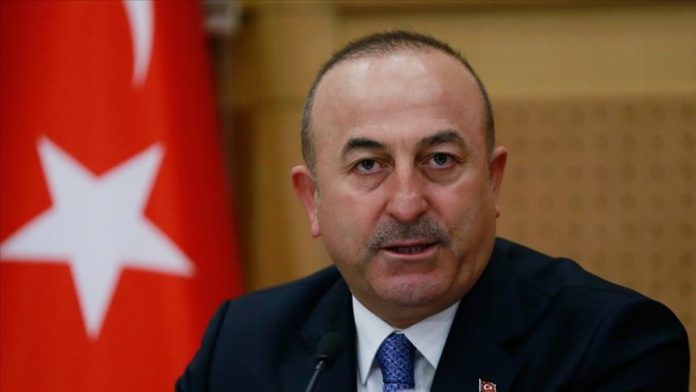 Turkey will continue to develop a “positive agenda” with the EU as well as maintain dialogue and diplomacy, the country’s foreign minister wrote for a Spanish newspaper Friday.

In an article published by La Razon, Mevlut Cavusoglu said: “We have recently observed with appreciation that Spain follows a constructive attitude and emphasizes dialogue and cooperation within the EU regarding the problems we had with some member states over our policies to protect our maritime border delimitations in the Eastern Mediterranean in accordance with international law and to protect the rights and interests in the context of Turkish Cypriots.”

Recalling that Turkey has always been a part of Europe historically, Cavusoglu said it is normal to have a diversity of views in “long-term relationships”.

“We see our future in Europe,” he added.

“Turkey will continue with its desire to develop its relationship with the EU based on a positive agenda and will maintain its position in favor of dialogue and diplomacy,” he added.

Cavusoglu said that Turkey maintains a “deeply rooted” relationship with Spain adding that Spain is one of the largest commercial partners of Turkey.

Noting rising xenophobia and Islamophobia in Europe, Cavusoglu also drew attention to the importance of tolerance and mutual respect, underlining the “need for communication and understanding between civilizations”.

Cavusoglu also underlined the refugee crisis, which is a common challenge faced by both countries.

“We have largely stopped the flow of migrants to the EU, fulfilling our obligations of the March 18 Agreement. Unfortunately, the EU has not yet fulfilled the obligations arising from this Agreement,” he wrote.

He also underlined that Turkey will continue working with Spain on some international issues, such as the peace process in the Middle East, Syria, Libya, and Venezuela.

“Being two countries that believe in the importance of multilateralism, we will intensify our collaboration in platforms such as NATO, the UN, and the G20,” he added.

* writing by Iclal Turan in Ankara