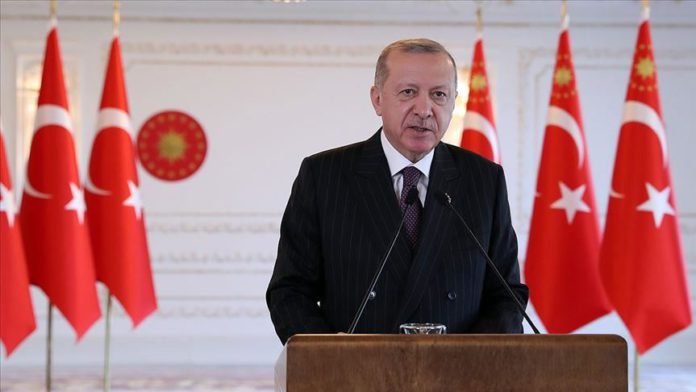 Turkey will remain active on ground and continue its operations until stability is ensured along its southern border, the country’s president said on Saturday.

President Recep Tayyip Erdogan asserted that Turkey will wipe out all terror zones in Syria if others fail to keep their promise.

“While thwarting attempts to establish a terror corridor along our borders, Turkey also showed our Syrian brothers and sisters that they are not alone,” he said in a video address at the inauguration of the Reyhanli Dam and other facilities in the southern Hatay province.

The operations have liberated the region from YPG/PKK and Daesh/ISIS terrorists, making it possible for displaced Syrians to return home.

President Erdogan stressed that Ankara will never accept any actions that may lead to another human tragedy in Syria’s Idlib region.

He said the city of Hatay has suffered the worst fallout of the Syrian conflict and has shouldered the most burden over the years.

He added that Turkey, despite being at the center of multiple global crises, is in a strong position due to the nation’s unity and solidarity, as well as its solid infrastructure in every field.