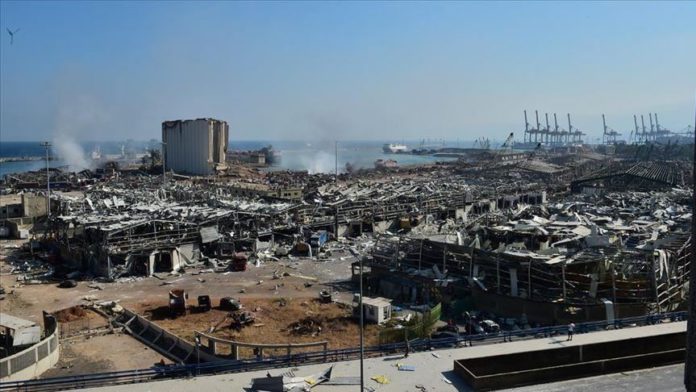 Turkey vowed on Wednesday to continue providing all means of support to “friendly and brotherly” Lebanon following a deadly explosion in the port of Beirut.

Ankara has launched efforts to help provide for the urgent needs of Lebanese people in the aftermath of a catastrophic blast at a warehouse containing explosives in the country’s capital, Foreign Ministry spokesman Hami Aksoy said in a written statement.

Expressing hope that Lebanon would pull through from the disaster as soon as possible in solidarity and cooperation, Aksoy noted that Turkish President Recep Tayyip Erdogan had ordered the dispatching of a search and rescue team and emergency medical personnel to the region through Turkey’s health and disaster management bodies, as well as the Turkish Red Crescent.

Plans were also in motion for the construction of a field hospital, as well as the provision of humanitarian aid including drugs and medical supplies, he added.

Beirut and its surrounding suburbs were rocked on Tuesday by the massive explosion, that left at least 113 people dead and nearly 4,000 injured.

Photos and footage on social media showed downtown Beirut littered with damaged vehicles and debris that fell from the shattered facades of buildings.

More than 300,000 people have been left homeless with the damage estimated to cost over $3 billion.

Lebanon’s president has promised a transparent investigation and declared three days of mourning.