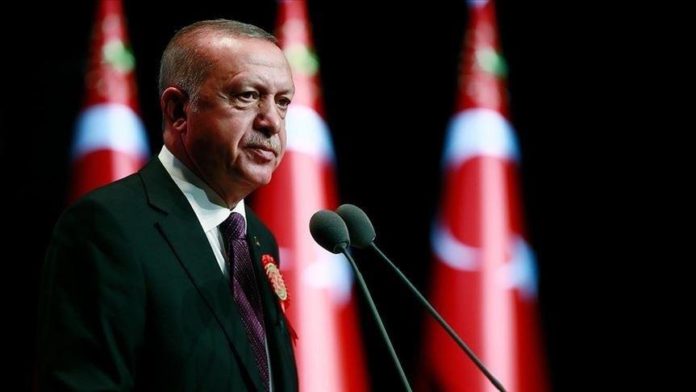 Turkey will become the top electric vehicle producer of the automotive industry, the nation’s president said on Tuesday.

Speaking at an event in the capital Ankara, Recep Tayyip Erdogan hailed the investment of the Ford Otosan — a joint venture of Turkey’s largest conglomerate Koc Holding and US automotive giant Ford — in Turkey.

“Turkey will become the largest production center of commercial electric and integrated vehicles in the future of the automotive industry,” he vowed.

Turkey-based automotive firm Ford Otosan announced on Tuesday that it will open the first integrated electric vehicle factory of Turkey in the industrial Kocaeli province in 2022 to manufacture new-generation commercial vehicles and batteries.

The investment worth €2 billion ($2.4 billion) is expected to create 3,000 direct and 15,000 indirect jobs at the first phase of the factory, according to the firm.

The government has provided various incentives for businesses to make the private sector the engine of the country’s development, the president added.

Atop of Turkey’s leading export sector, the automotive industry’s exports in 2020 exceeded $25 billion amid the COVID-19 pandemic, he stated.

Turkey exported more than 900,000 vehicles to 180 countries across five continents last year, Erdogan said, adding: “This momentum we achieved in 2020 enabled us to make a strong start to 2021.”

The president said the facility will be an important step in moving Turkey forward in the global competition and turning the country into a technology and production base.

Ford Otosan generates 25% of Turkey’s total automotive production and exports, and it employs 12,500 people currently, Erdogan mentioned, adding that the company puts forward a great vision that will span a decade with thanks to research and development, export, production, and value-added.

“Ford Otosan will grow its exports from $5.9 billion to $13 billion annually,” he said.

Turkish Central Bank's reserves rise to $88B in April