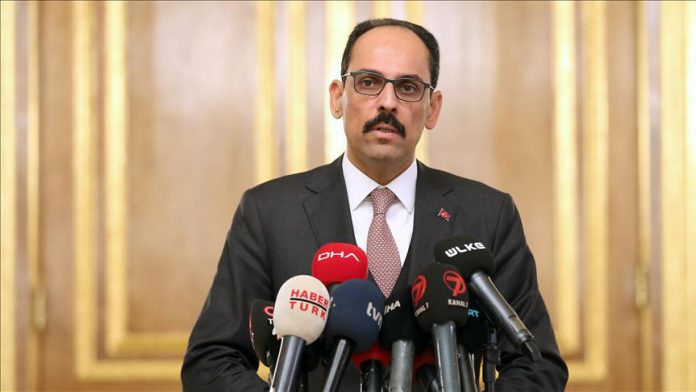 Turkey’s presidential spokesperson announced on Friday that the Turkish president will attend a quartet summit on the sidelines of the NATO summit on Dec. 3-4 in London.

The NATO summit will host heads of state and government chaired by the NATO secretary general.

Ibrahim Kalin said during a press conference with the French, German and British delegations that they confirmed Turkey would attend the quartet summit to discuss steps that will be taken in Syria.