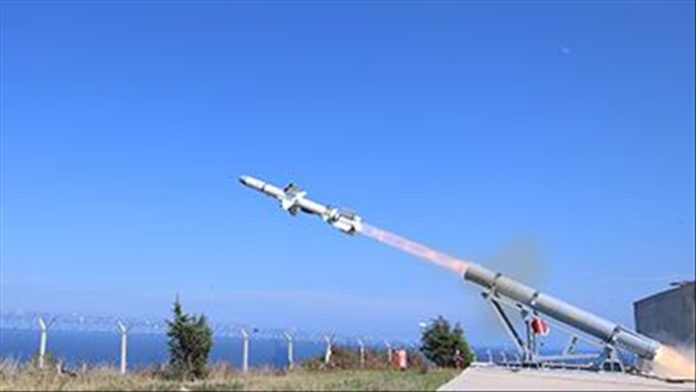 Test activities of the Atmaca, a long-range anti-ship missile developed by Roketsan, was carried out in northern Sinop province, according to the city governorate.

Roketsan touts Atmaca as a high-precision, long-range, surface-to-surface, precision strike anti-ship missile which can be integrated with patrol boats, frigates and corvettes and is expected to replace the US-made Harpoon.

It boasts a range of more than 200 kilometers (124 miles), posing a threat to targets far outside visual range.