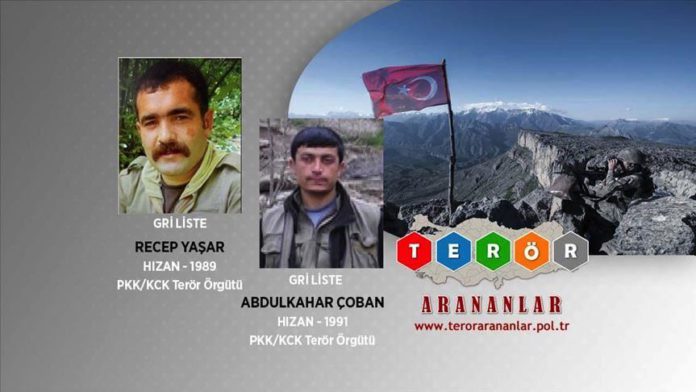 Two terrorists neutralized by Turkey on Saturday were on its official wanted list, according to the Interior Ministry.

Terrorist Recep Yasar, codenamed Dersim Cektar, and Abdulkahar Coban, codenamed Cektar Canfeda, both neutralized in Tatvan in eastern Turkey’s Bitlis province in an air-assisted operation, were on the ministry’s wanted list and sought with bounties of up to 500,000 Turkish lira ($72,000) apiece, said the ministry on Tuesday.

Turkey has long conducted operations against the PKK terror group in the region.

In its more than 30-year terror campaign against Turkey, the PKK – listed as a terrorist organization by Turkey, the US, and the EU – has been responsible for the deaths of some 40,000 people, including women, children and infants.