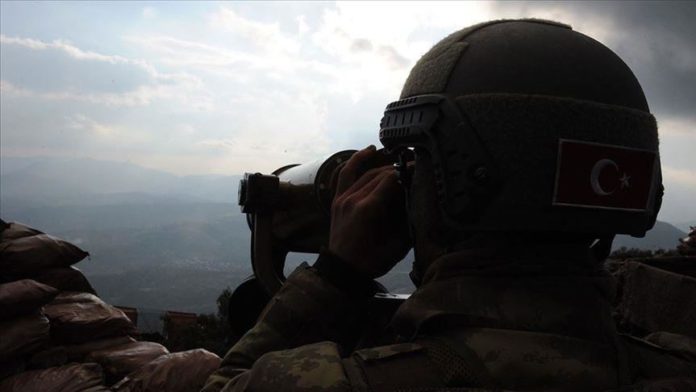 A separatist terrorist surrendered to Turkish security forces, according to the country’s Interior Ministry on Monday.

In a written statement, the ministry said the terrorist surrendered as a result of the Gendarmerie General Command’s persuasion efforts.

It added that the efforts are ongoing to ensure surrender of the terror members.

With the latest addition, the number of terrorists who surrendered through persuasion has risen to 94 since the beginning of this year, it said.

The term “separatist terrorist” is often used to refer to the members of YPG/PKK terror group.

In its more than 30-year terror campaign against Turkey, the PKK — listed as a terrorist organization by Turkey, the US and EU — has been responsible for the deaths of 40,000 people, including women, children, and infants. The YPG is its Syrian offshoot.