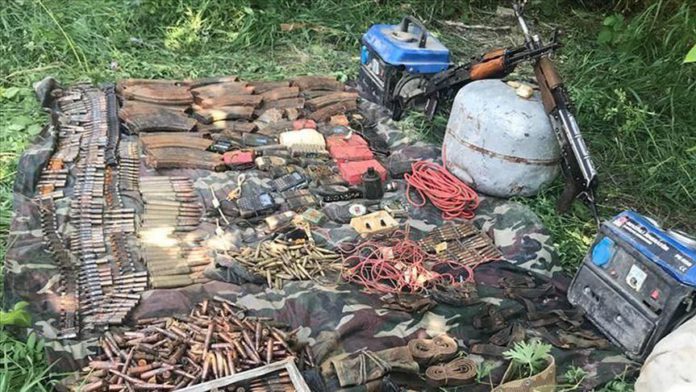 As part of an intelligence operation conducted by the local gendarmerie command, security teams seized three hand grenades, 125 electric detonators, a variety of ammunition buried underground, along with terrorist clothing and various food and survival supplies found in a 50-kilogram barrel at two different locations, said a source who spoke on the condition of anonymity due to restrictions on speaking to the media.

While some items were taken into custody as evidence, others were destroyed on site.

In its more than 30-year terror campaign against Turkey, the PKK – listed as a terrorist organization by Turkey, the US, and the European Union – has been responsible for the deaths of over 40,000 people, including women, children and infants.