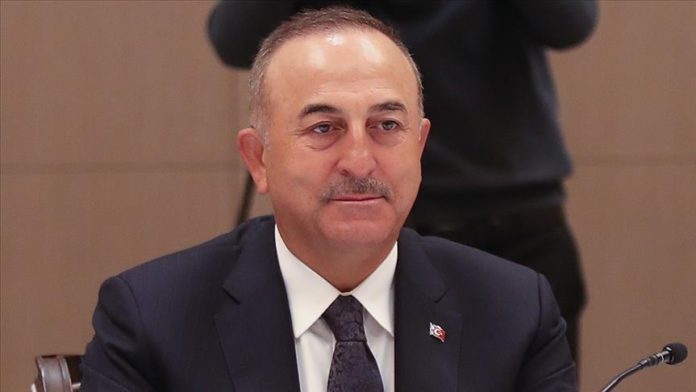 Turkey’s foreign minister on Tuesday called on the EU to be sincere, act strategically and refrain from repeating past mistakes for relations with Turkey to develop further.

Speaking at a joint press conference with his Slovakian counterpart Ivan Korcok in Ankara, Mevlut Cavusoglu commented on Turkey-EU relations, saying that negotiations between Turkey and the EU stand on political motives.

“We only left with the migration deal, and when we look at that, it is clear that Turkey has fulfilled all of its obligations in the context of this agreement since 2016. The EU did not, could not, did not want to [fulfill its obligations],” Cavusoglu said.

Stating that the EU has taken a stance entirely against Turkey in the past year with an understanding of solidarity within the bloc at the expense of conflicting with its values, he said the EU “had to support the unfair policies and maximalist demands of its member countries.”

Cavusoglu recalled the leaders’ summit last December and said there was a positive environment between Turkish and the EU officials.

“For Turkey-EU relations to further develop, the EU must refrain from repeating past mistakes, be sincere and act strategically,” he added.

For his part, the Slovakian foreign minister hailed bilateral relations with Turkey, expressing a will to deepen relations further.

“Turkey is an important ally at the NATO. Not only a partnership, but there is a very important alliance [between Turkey and Slovakia],” Korcok said.