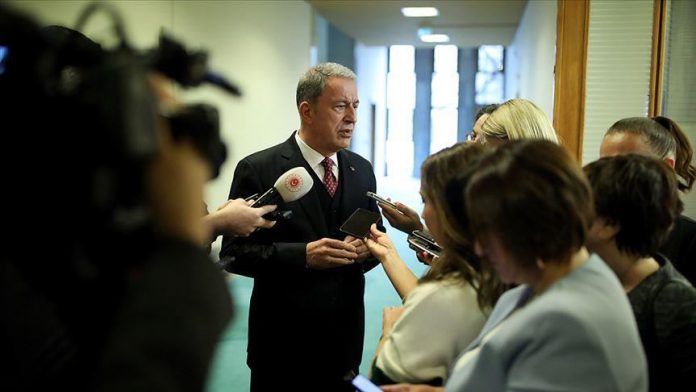 “The negotiations continue in a positive and constructive way,” Defense Minister Hulusi Akar said in the Turkish capital Ankara.

“On March 15, we plan and are working to start a joint patrol along the M4 highway,” the center of a 12-kilometer security zone, Akar added.