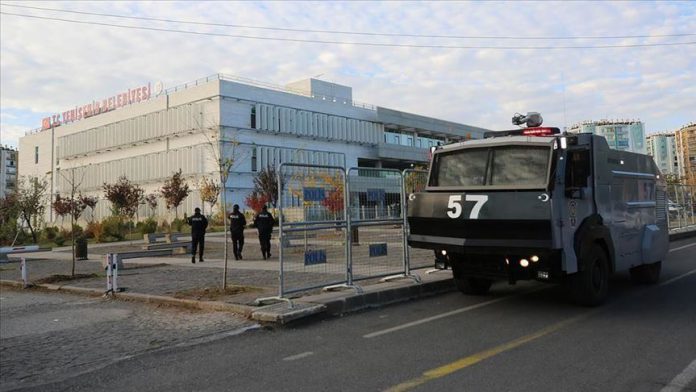 Four mayors were suspended in eastern Turkey on Wednesday over alleged terror ties.

In southeastern Diyarbakir province, Belgin Diken, the mayor of Yenisehir district, and Ahmet Celik, mayor of Hazro district, were suspended from their posts.

Also, in the eastern Tunceli province, Orhan Celebi, the mayor of Akpazar town of Malazgirt district, was suspended.

As part of investigations into the mayors, the four were removed from their offices for allegedly being members of an armed terror group and spreading terrorist propaganda, said security sources