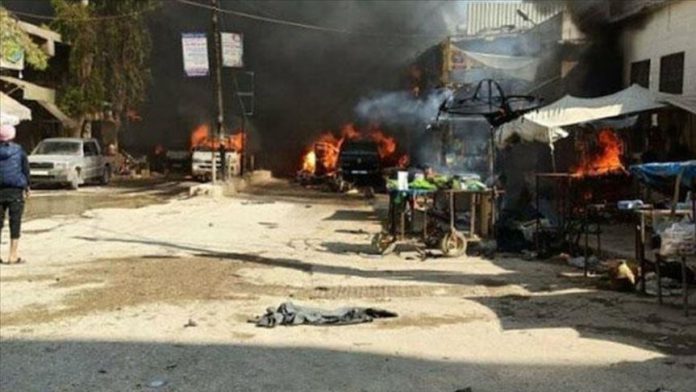 The governorship of Hatay, a Turkish province with a long border with Syria, made the announcement.

Earlier Tuesday, at least 40 civilians, including 11 children, were killed in the YPG/PKK terrorist attack in northwestern Syria, a region near Turkey’s border, according to Turkey’s Defense Ministry.

At least 47 others were also wounded in the attack in the Afrin city center carried out using a bomb-rigged fuel tanker.

The ministry said the injured are being treated in hospitals in Syria’s Afrin and Turkey’s Hatay provinces.