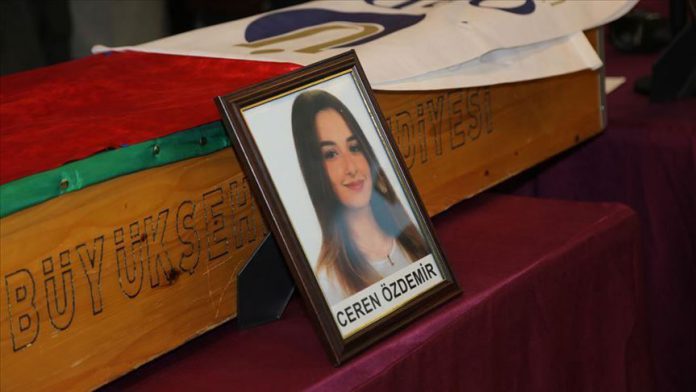 The suspect in the murder of a university student in Turkey’s Black Sea province of Ordu, confessed the crime, authorities said Wednesday.

Identified by the initials, O.A., the suspect was caught by security forces with the murder weapon in his possession.

Ozdemir, 20, was a third year student in the Department of Music and Performing Arts at Ordu University.

She was stabbed to death in front of her house Tuesday in the Altinordu district of the province.