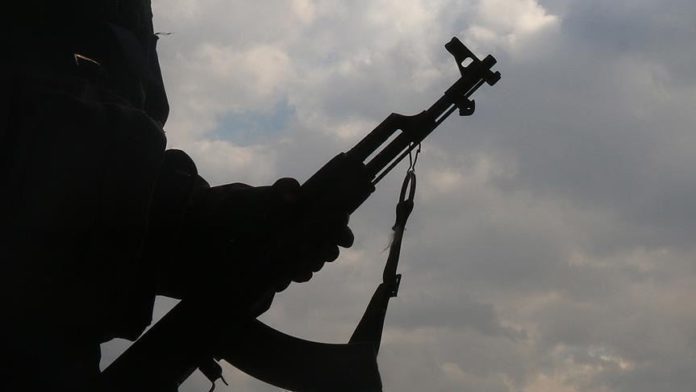 Two PKK terrorists, who surrendered to Turkish security forces, exposed the inhuman and brutal face of the PKK terror group.

Having surrendered to Turkish security forces in October, V.A., identified only by his initials, underlined the role of the Democratic Society Party ( DTP) — predecessor to the Peoples’ Democratic Party ( HDP), in actively encouraging him to join the terror group.

He said some people in DTP’s district headquarters in Beyoglu, Istanbul brainwashed him into joining the terrorists.

“After some time in the PKK, I got frustrated and hence decided to escape,” he said.

He said he was first put in prison in Iran, where he initially surrendered, and was later transferred to Turkey.

“After 12 years, I was freed in Iran. Then I went to northern Iraq and communicated with Turkish security forces to surrender,” he said.

Another surrendered terrorist, Y.Y., said she joined the terror group in 2015, when she was 14 years old.

She said the Democratic Regions Party (DBP) — a sister party of the HDP — duped her into joining the PKK camps in northern Syria.

Before being transferred to Syria, she was kept at a safe house in Turkey’s southeastern province of Mardin.

Soon after, she began to regret her decision and sought for a way out of the terror group.

Her first plan to flee failed and she was detained in a PKK prison.

“I was kept in a prison cell for eight months as I constantly repeated that I want to go back to my family. Only when I told them I want to join the PKK/YPG, I was freed and sent to a camp in Gare region in northern Syria for training,” she noted.

Stating that Turkey carries out effective air raids against the terror group, she said she was injured in one of them.

“I was given a fake Syrian ID and I called my father and shared my decision to escape. He told me he was among the parents staging a sit-in outside HDP’s office in Diyarbakir province. He said will contact Turkish forces to arrange her escape.”

Eventually escaping to Turkey through Erbil, northern Iraq, she said she was happy to reunite with her family.

US top court rejects effort to overturn polls for Trump