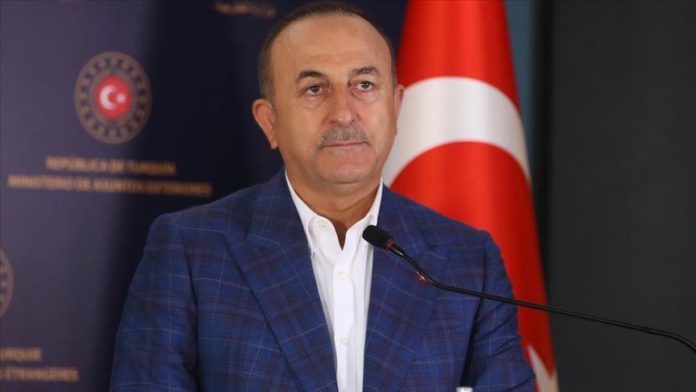 Ankara will always support unconditional dialogue on the Eastern Mediterranean issue since we believe that the one who is in the right does not stay away from the negotiation table, Turkey’s top diplomat said on Saturday.

“Turkey is always in favor of dialogue. Turkey has never had its eyes on the rights of other countries, but has always defended its own rights and will continue to do so,” Foreign Minister Mevlut Cavusoglu said at a news conference with his Maltese counterpart Evarist Bartolo in the Mediterranean resort city of Antalya.

Inviting Greece or other countries to the negotiation table is not an act of appeasement, Cavusoglu asserted, explaining that any party that believes it is in the right on any issue does not shy away from dialogue and negotiation.

If Greece thinks it is in the right and its demands and behavior are in line with international law, it should come to the negotiating table with maps and relevant agreements so that everyone can see who actually has the justified position, the Turkish minister added.

Cavusoglu thanked his counterpart for evaluating the issue objectively and frankly.

Bartolo also stressed the need for dialogue on the Eastern Mediterranean tensions, saying “the situation is already tense.”

“Provocative language does not help, aggressive attitudes do not help,” he said, urging all sides to “be careful” with their words and not escalate the situation.

On EU-Turkey relations, he said the bloc must have a strategic approach in its relations with Ankara.

“I think it is time for the European Union to look at its relationship with Turkey strategically,” said Bartolo.

He said Turkey and Malta’s cooperation on the Libya situation was important because any instability in Libya has a direct negative effect on Malta.