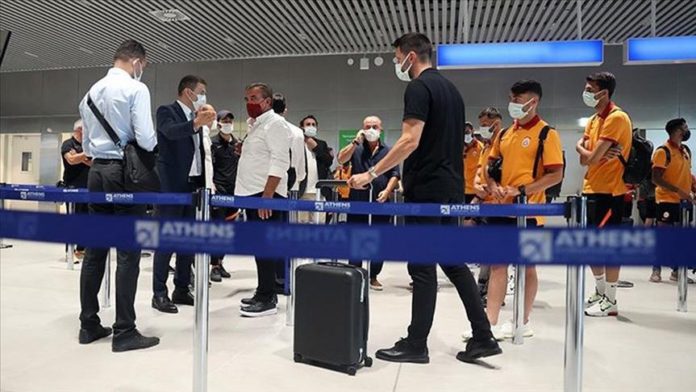 The Greek ambassador was summoned to the ministry to protest the discriminatory and unfriendly treatment Galatasasary received from Greek authorities at the airport, according to information obtained by Anadolu Agency from Turkish Foreign Ministry.

Furthermore, Greece was asked to take measures to avoid the repeat of the incident.

On Monday, Galatasaray footballers travelled to Athens by a private plane for a friendly game against Greece’s Olympiakos football club that was scheduled to take play on Tuesday evening.

PCR tests of players for the Istanbul club were rejected by Greek officials, with new virus tests demanded, according to Galatasaray.

Moreover, Greek officials made them wait at the airport for two hours even though they had completed all the procedures, said the club.

The Lions said the rejection of their PCR tests and Greek officials’ “rude” behavior were responsible for the cancellation and that they were flying back home.

Turkey racks up $150M in defense exports to Tunisia