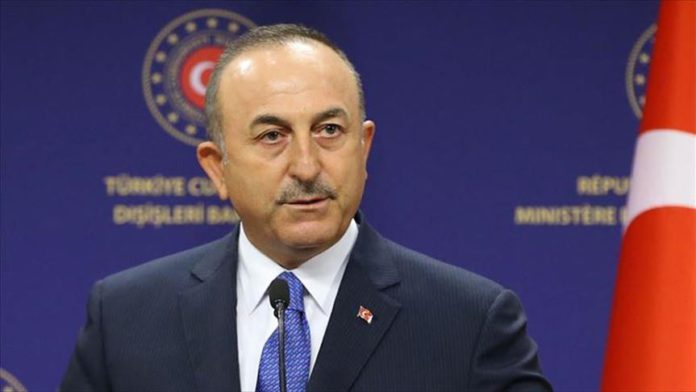 Turkey on Friday summoned Greece’s envoy to the country over a despicable headline in a Greek newspaper about the Turkish president, the country’s foreign minister said.

Insulting and cursing should not be seen in terms of freedom of the press, Mevlut Cavusoglu said in a news conference.

Cavusoglu also stressed that there is no point in embarking on new initiatives in Cyrpus which are doomed to fail.

“We have said over and over again that we will no longer negotiate for a federation on the Cyprus issue,” he said.

In a recent report, Guterres said that “new ideas” may be needed for settling the issue of the island.