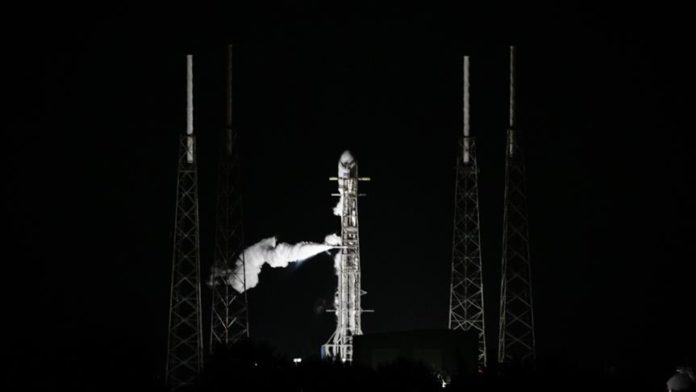 Among 30 countries with satellites in space, Turkey’s new communications satellite Turksat 5A has been successfully launched into orbit on Friday.

According to information compiled by Anadolu Agency, Turkey has three communication satellites, namely Turksat 3A, Turksat 4A, Turksat 4B.

It also has three observation satellites — Gokturk-1, Gokturk-2, and Rasat.

The number of Turkey’s active satellites in space will rise to seven when Turksat 5A settles into orbit.

Turkey’s first communication satellite Turksat 1A was launched into orbit on Jan. 24, 1994, but it fell into the ocean 12 minutes after the lift-off due to malfunction in the launcher, and the mission failed.

Maintaining investments in satellite technology, Turkey took its place in space in August 1994 with satellite Turksat 1B.

With its production process and testing stages completed by Airbus D&S, Turksat 5A was delivered to Turksat officials on the ground on Oct. 2.

After the contract was signed in 2017, the satellite, the production of which started at the Airbus facilities in Toulouse, France, was sent to the Space X launch site in Cape Canaveral, Florida.

The first signal from Turksat 5A was received 35 minutes after it was successfully launched into orbit by a Falcon 9 rocket taking off from the US East Coast.

Turkstat 5A, equipped with a fully electric propulsion system, will settle in an unused Turkish orbital slot at 31 degrees East after all orbit and subsystem controls are carried out through the stations.

The governance of the satellite will be transferred to the Golbasi Satellite Ground Station in the Turkish capital Ankara and the new satellite will be subjected to performance tests for about a month with commands sent from there.

The satellite is expected to start service in the second half of 2021 and it will secure its frequency and orbit rights in 31 degrees East for 30 years with its orbital maneuvers.

It will provide TV broadcasting and data communication services.

The launch of 5B and 6A communications satellites will come after the 5A satellite.

The Turksat 5B satellite, for which production process and trials are completed, is being planned to be launched into orbit in June.

The Turksat 6A satellite is also expected to be launched into space in 2022, aiming to increase the country’s Ka-band capacity.

Turksat satellites will cover the whole of Europe and Africa, as well as western and southern parts of Asia — excluding Russia and China, including Indonesia.

Designed and manufactured in Turkey, the first earth observation satellite Rasat was launched from Russia on Aug. 17, 2011.

Although the original design life of the Rasat satellite was three years, it successfully completed its ninth year in orbit as of Aug. 17, 2020.

The RASAT satellite, in a circular orbit, synchronized with the Sun and at an altitude of 700 kilometers (435 miles), operates with 7.5 meters of monochrome and 15 meters of multiband spatial resolution push-broom camera.

Turkey’s other earth observation satellite Gokturk-1, aimed at meeting the high-resolution image need of the Turkish Armed Forces for target intelligence, was launched in 2016.

The life of a 0.5-meter resolution satellite, designed to make exploration at any location in the world without geographical restrictions, is predicted to be seven years.

It was a project funded by TUBITAK and conducted by the Turkish Aerospace and TUBITAK Space team under the coordination of the National Defense Ministry.

It can provide digital and geographical data production with the target intelligence needed by the Turkish Armed Forces and the Air Force Command in particular.

The satellite has a high-speed data communication that can download an image of nearly 640-km (397-mi) lane in a single pass.

The Gokturk-2 project aimed to develop technology, expert manpower, and infrastructure for space and satellite systems, and to meet the observation and research needs of public institutions and organizations with national capabilities.