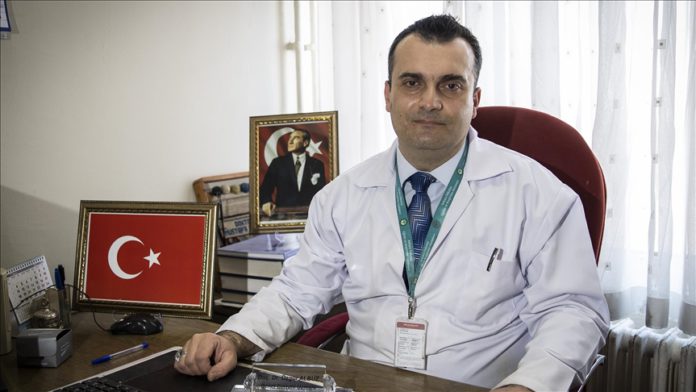 Ozgur Albuz, one of the researchers in the Turkish capital Ankara, told Anadolu Agency that they studied the effects of boron components in cancer treatment together with researchers from other hospitals.

Following the lab phase, the researchers hope to prove the benefits of boron against cancer cells with human and animal experiments, said Albuz, who works at the Dr. Abdurrahman Yurtaslan Oncology Training and Research Hospital.

In advanced local cancers, he explained, remaining cancerous cells still in the tissue after a tumor is removed increase the rate of cancer recurrence.

“My starting point as a general surgeon was to eliminate cancer cells that pose a risk of being left behind after surgery,” he said, adding that this is a high possibility.

“It was my main aim to neutralize those cancer cells by injecting a substance there,” he said.

Albuz said they chose boron for its ability to react with many substances, and boron oxide because it can absorb water, noting that Turkey is home to nearly 75% of the world’s reserves of boron, an element that is used in many areas.

While chemotherapy can be used for treatment, it can also be fatal due to possible damage on critical cells.

“We conducted our study primarily on colorectal [large intestine] cancers. For this purpose, we measured the effects of boron oxide on both colorectal tumor cells and healthy fibroblast cells with detailed tests in an in vitro experimental environment and examined the results in fluorescence microscopy,” he said.

“With the results, we revealed that this killed 35% of healthy cells, while killing tumor cells at a rate of 8.5% through necrosis.

“Against current methods that kill 100% of healthy tissues, we see this as an important finding as it only kills them at a rate of 35%,” Albuz stressed.

More importantly, he said, boron oxide was able to eliminate colon cancer cells at a rate of 10-15% while killing healthy cells at 15-20% via apoptosis, or programmed cell death.

Turkey ‘neutralized’ 170 YPG/PKK terrorists in N.Iraq since May