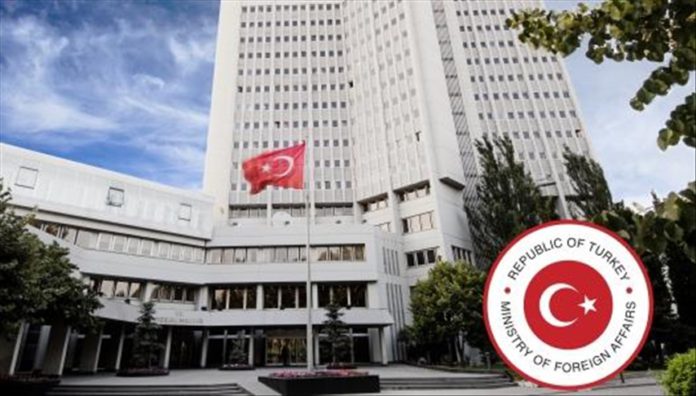 Turkey on Tuesday “strongly condemned” the “treacherous” terror attack in Baghdad that left at least 30 people dead and 60 injured.

“It has been learned with sadness that many people lost their lives and were injured in an explosion that took place on the eve of Eid-al Adha on July 19 in a marketplace in the Sadr City region of Baghdad, the capital of Iraq,” the Foreign Ministry said in a statement.

It wished Allah’s mercy on those who lost their lives in the attack and fast recovery to those injured, adding that the attack was intended to disrupt peace and stability in Iraq.

“On this occasion, we reiterate that we are ready to offer all kinds of support in Iraq’s fight against terrorism, and we express our condolences to the Iraqi government and the friendly and brotherly people of Iraq,” the statement added.

The Daesh/ISIS terror group claimed responsibility for the suicide attack.

The blast took place in the al-Wuhaylat public market in Sadr City district during rush hour, according to an official from Baghdad Health Directorate.

Authorities are continuing their search and rescue efforts and it is feared the number of casualties may increase.

Prime Minister Mustafa Al-Kadhimi ordered authorities to initiate an investigation and bring the perpetrators to account.

NATO chief welcomes US decision on sending 3,000 troops to Europe