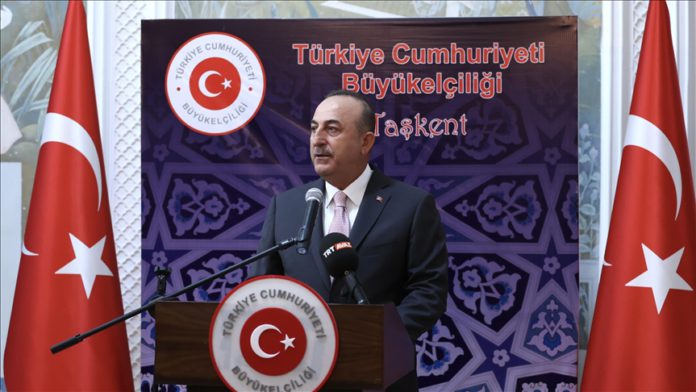 The Turkish foreign minister on Thursday said Turkey is stronger and more independent since the July 15, 2016 defeated coup.

Speaking at an event in Tashkent, Uzbekistan, Mevlut Cavusoglu called on countries, where activities of the Fetullah Terrorist Organization’s (FETO) still continue, to get rid of them.

“For your national security, for the future of your children, leave the traitors before it is too late,” he said.

Noting that Turkey has emerged stronger by clearing traitors from the state, Cavusoglu said: “We are proud to be a part of the nation” that failed the coup attempt.

“We are fighting against FETO in every corner of the world, and we will continue to do so. We ended the activities of FETO affiliated schools in 42 countries. We have ensured the deportation of many FETO members from many countries,” he added.

He thanked the Uzbekistan administration for measures it took against the terrorist organization.

Turkey marks July 15 as Democracy and National Unity Day with events nationwide to commemorate those who lost their lives beating back the putschists, and remember the bravery of the nation.