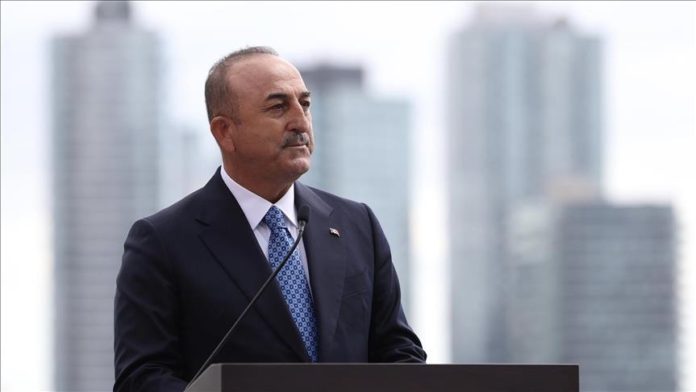 Turkey’s foreign minister said on Friday that Ankara is a strong NATO ally and fulfills its obligations.

Speaking at an event in the Aegean province of Aydin, Mevlut Cavusoglu reiterated Turkey’s position in the 30-nation military alliance.

He criticized NATO that despite Turkey fulfilling all its obligations as part of the organization, it’s defense needs are not always met.

“Why? After the operation we started against the PKK/YPG terror group, they do not … Putting the PKK and the Kurds on the same level is an insult to our Kurdish brothers and sisters,” he said.

In its more than 35-year terror campaign against Turkey, the PKK – listed as a terrorist organization by Turkey, the US, and the EU – has been responsible for the deaths of at least 40,000 people, including women, children, and infants. The YPG is PKK’s Syrian offshoot.

He said that due to such attitudes, Turkey has gone for other options, including production. “Today, we have become one of the top countries in the defense industry,” he added.

He said issues with Russia are discussed openly. “We do not recognize (annexation of) Crimea, we support the territorial integrity of Ukraine and Georgia. It is very clear, we do not hide these policies,” Cavusoglu said.